But Will He Obsess Over Sadie 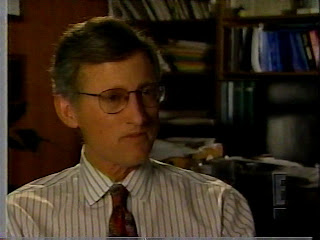 He was a key prosecutor in the Charles Manson family murder trials.

He sent Lawrence Bittaker, arguably the South Bay's
cruelest and most heinous rapist and killer, to death row.

He gained fame while handling the trial against
photographer Charles Rathbun, who murdered model
Linda Sobek.

And now? Stephen Kay is coming out of retirement to
do battle with alleged drunken drivers, people accused
of domestic violence and taggers. As Redondo Beach's
new city prosecutor, Kay will be working misdemeanors
exclusively.

On Tuesday, for example, he returns to the Torrance
Courthouse to prosecute a man accused of fraudulently
using a state Assembly badge.

A mixture of personal tragedy and fate brought Kay, a
longtime South Bay resident, out of nearly two years of
retirement.

First, his 34-year-old son, also an attorney, died suddenly
of a heart attack.

"I think I just needed to get out of the house and get a job
and get my mind off of what happened," Kay said.

Then he ran into a longtime friend, Redondo Beach City Attorney
Mike Webb, in a jewelry store just after Christmas.

The two got to chatting about Alan Honeycutt, the last city
prosecutor, who was recently appointed to the bench, leaving
a vacancy in Webb's office.

A week later, Webb called, and Kay was on his way back
to work.

He's made a one-year commitment to the job, and then
he and Webb will re-evaluate.

In retirement, Kay has traveled to Russia, Alaska and
New England. He kept busy helping one of his daughters
with her new boutique.

Kay retired in March 2005 after 38 years with the
District Attorney's Office, where he served as head
deputy twice for the Torrance office, as well as the
Long Beach and Compton branches. He was also head
deputy of the Brady Compliance Division two times,
and helped establish a program in which prosecutors
attend parole hearings for perpetrators of major
crimes serving indeterminate life sentences.

When he thought about returning to law, he knew
that, generally, the only place a former prosecutor
can go is the other side.

"I don't want to use my talent to try to get a guilty
person off," Kay said.

Defense attorneys that know, or know of, Kay are
not threatened by his experience or reputation; on
the contrary, they welcome a prosecutor widely
perceived as fair and knowledgeable.

"Unfortunately, he'll be a tough adversary in court,"
said Andrew Thorpe, head of the Public Defender's
Office in Torrance. "However, I'm hoping he will
look at misdemeanors in a more favorable
light."

Deputy Public Defender Richard Ewell has practiced criminal defense for less than a year, but said he is not intimidated by his formidable veteran opponent.

"Sure, he has lots of experience. But when's the last time he's tried a case?" Ewell said.


Like Thorpe, Ewell hoped that Kay's experience
on serious cases will give him better perspective
on the petty crimes he will now be handling.

"I hope that, as a prosecutor, he can do something
to reform a little bit of the heavy-handedness that
Redondo Beach prosecutors have had up to this
point," said Ewell, who also represents defendants
charged with misdemeanors for crimes in other
South Bay cities.

Redondo Beach criminal defense attorney
Ryan Okabe has worked for Kay and said he is
happy to see him return.

"The good thing about Steve is he is really firm,
but he's fair, and he knows how to evaluate a case,"
Okabe said. "And if the facts warrant it, he's able to
work with the attorneys."

Webb said his office and the citizens of Redondo
Beach are fortunate to have Kay as their chief prosecutor.

"The residents of Redondo Beach have consistently
said that their top priority is public safety,"
Webb said. "Getting such a top legal talent to be a part
of our office will really help further meet that priority."

I see Stephen Kay still thinks all the accused are guilty.Is he related to Nancy Grace? Ha Ha.

Are you thinking about Charlie ? zoomjaw
Charles Manson did not kill anybody...right ? He is guilty of nothing because he did'nt kill nobody, ...right ?
Well any way, I would like to express my sincere sympathy and condolence to Stephen Kay and his family for the loss of his beloved son.

Angelos,
I was refering to Kay's comment "I don't want to use my talent to get someone guilty off".He still thinks like many prosecutors that indictment and guilt are the same.
I too am sorry for the loss of his son.

I can't imagine loseing a child.Perhaps Charlie really does have powers?.

deadwoodhbo dice: I can't imagine loseing a child.Perhaps Charlie really does have powers?.

I get the feeling that to succumb to Charlie's powers you had to meet certain conditions:

b) be any combination of: young, lost, impressionable, stoned, eager to please, etc.

Not sure to what extent Kay meets this brief, but as he was a qualified lawyer I'd guess he was too well balanced for Charlie to have (had) much effect on him.

Unless you want to go down the psychic ESP road, deadwoohbo?

I get the feeling that to succumb to Charlie's powers you had to meet certain conditions:

b) be any combination of: young, lost, impressionable, stoned, eager to please, etc.

Not sure to what extent Kay meets this brief, but as he was a qualified lawyer I'd guess he was too well balanced for Charlie to have (had) much effect on him.


Jempud good debate However each and everyone of us either like's charlie or dislike's charlie.I am one of those young, lost, impressionable, stoned, eager to please people.now i shall go for a walk singing rain drops are falling on my head la la la.

I spent autumn 1969 thru Summer 1970 in Mexico, studying at the UNAM, and didn't get back to California until late 1970. I remember hearing about the Manson-TBL events at the time, but things didn't make much sense then - and make even less now.

As I get older I have tried to teach myself not to be judgmental, especially when I don't have access to the facts of a case. Most of what I know about Manson-TBL is theory and speculation, some educated guesswork and some pure fantasy. Primary sources have contradicted themselves so often that what they say has little value.

In fact I think very few can have really got to know Manson at all, if he is knowable. I say that because he has always been different things to different people at different times. I am also convinced that he has long been more or less insane - witness his incomprehensible rants and writings over the years.

So, please put me down as one who neither likes nor dislikes Charlie, but maintains a detached interest in him and his doings, and a faint hope that more light will one day be shed on these.

Hope you enjoyed the walk and that many more follow ..

Jem your reply was AWESOME!sorry i took the offensive manner i did.

deadwoodhbo dice...
Jem your reply was AWESOME!sorry i took the offensive manner i did.

I certainly didn't think of it as offensive - don't worry! It's just that It's not very often I take a strong stand on things unless i really feel confident about them.

Did you get wet (with the raindrops ..)?

Thanks Jem and yes i did get a little snow.take care:P

Charlie probably respects Stephen Kay, and I agree that to succumb to his powers you had to meet certain conditions...


Charles Manson, 72, before his death, will apologize to Krenwinkel and Co and to the family of the victims, he will state , that even thought he did not have a fair trial, he takes full responsability for the events in the summer of 1969 and state that he is abhorrently tired to lay allways the faults on others and that he is nauseatingly fed up with all those lies...

Yes..., he wanted STP and LLB been killed for extremely selfish reasons... jealousy... point (he met them both before and they were "rude" to him, Hatami etc...).

He new after GH had been killed that the game was over and he would return in prison...so ...better go there again feared by everybody and world known than as nobody.

Charlie prepared his plan well in advance and his plan had nothing to do with Helter Skelter, but to be finally, himself , exceedingly selfishly , be just noticed in this world.

IF SHARON TATE AND JAY SEBRING HAD NOT BEEN CELEBRITIES, THEN C M MANSON WOULD BE FREE TODAY. He did not shoot or stab anyone on those 2 nights. He's been locked up for years for being an ACCESSORY to murder? That's unheard of. This was probably the first case ever in the good old USA that the MEDIA sent someone to jail. If there would have been no celebrities in that house, then you assholes wouldn't even know who Mr. Manson is. Now, don't get me wrong: WATSON, ATKINS, KRENWINKLE, AND VAN HOUTEN SHOULD NEVER SEE THE LIGHT OF DAY AGAIN. But damnit, Charles Manson didn't kill anyone that weekend. That's a fact, piggies. WELCOME TO THE JUNGLE, WE GOT FUN AND GAMES.

Yes, right, and if my aunt had ***** she would be my uncle right ? and if General Augusto Pinochet or General Saddam Hussein ..., yes, you are right salem , they too did not kill anybody (probably), but they both sure let the "dirty work" done by others...damnit...how %&(=?*"+& smart some dudes are damnit

Salem dice IF SHARON TATE AND JAY SEBRING HAD NOT BEEN CELEBRITIES, THEN C M MANSON WOULD BE FREE TODAY

All this 'what if' -ing is purely speculative but your defence of CM is a little disingenuous. CM was hardly a paragon of virtue and was doomed to be caught sooner or later, if not for the TLB murders then for something else. His activities in Death Valley were increasingly attracting the attention of the authorities. By many accounts he was becoming irrational in those final days at Barker (paranoid, aggressive, death and torture obsessed, etc.) and even close family members were moving away or wanting to do so. I find it unlikely he would have stayed out of jail, where by his own admission he is happiest. Sooner or later he would have been betrayed by one of the confused young people whose lives he took control of.

Ok, now I am not a lawyer, not even a disbarred one, nor do I play one on tv...but one of the most useful aspects of the book Helter Skelter is to explain California law and how it was applied in this case:

Manson has not been imprisoned all these years because he was an 'accessory' to murder, he is in prison because he was convicted of Conspiracy to Commit Murder...and under California law at the time (and may be still today for all I know) if you enter into a conspiracy which results in a murder then you are just as guilty of the murder whether you actually committed it or not. It's actually, in my opinion, a law which makes pretty good sense!

CM was hardly a paragon of virtue and was doomed to be caught sooner or later, if not for the TLB murders then for something else. His activities in Death Valley were increasingly attracting the attention of the authorities.
says Jem
I also agree to that. I also think many others would have gone to prison also..and not because of CM.
Look at Bobby B.
???