Over at EvilLiz they are linking to THE VINCENT BUGLIOSI STORY by George Denny. It is also at Cat's site.  I am fairly certain that this thing originated with the Col.  I bought several years back a big trove of Trial Transcripts and stuff like that.  I had a relative, NYPD, pick it up and ship it to me.  That was crazy because he found a plugged gun in the boxes!  I still wonder what that was about.

Anyway, we analyzed some of the transcripts and I was faced with a dilemma.  You see, BUG is still a lawyer and if this shit was made up, I really didn't need a lawsuit.  So I tried to get Denny's permission and verification but it turned out he was dead.  So I dug up the LA Times articles and we started running those.  This was back when I was breaking news like this fairly regularly and the fact that BUG was a milkman stalker and girlfriend beater was pretty explosive.

All that stuff is in storage now but Matt has inspired me to get it scanned and prepared for upload, so I will.

Why don't I break more stories like this?  Well because I just don't care enough these days.  I desperately seek the motive, like all of you.  But I think it may die with Charlie. 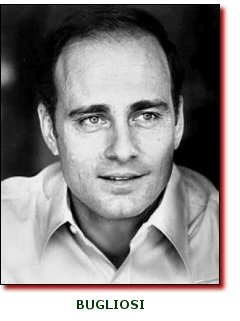 Have any of you seen this?  A special site all set up to walk you through BUG's lies and deceit?  I guess no one else is worried about his lawsuit potential.

>> I desperately seek the motive, like all of you. But I think it may die with Charlie. <<

You dun herd it rite here !

I loves the environment and I loves to here dem birds singin' - jus as long as they ain't singin' on me - know what i mean?

I agreez with da Colonel on dis. They ain't ever gonna find out nutin cause noone ain't talkin. Dat's how itz wurks.

I meanz, i luvz how da colonel breaks all dis down fo ya. He da man.

I sho glad that da colonel wuz no where near dat house on August 8th, ya dig.

I'd feel so bad if dem walls wuz covered in da colonels red wine if ya no wut im sayin' - and itz not because id feel bad bout what happen to da colonel. Itz jus dat i feel sorry for the folk who have to come in and clean up that thar mess. Red wine on white walls should be like on tires or somethin'

i gotz ta go now. got summa dat dere atwa work to get on to and eyez also gotta meets wit my probaton offica in da mornin'

you keep on searchin for dat dare truth colonel but dont be surprize if it done swim up behind ya and bite ya on da azz.

atwa is bout piece and luv. you swim in haight.

Aaaaahhh... Makes me nostalgic for the olden days, when the Colonel's comment section was as fun as a barrel of monkeys! Glad the Col. and Mrs. Col. are happy and hopefully well, but miss his posts. ATWAR's comment reminded me of the periodic craziness that used to erupt... But "sh*t disturbers" using aliases, sometimes multiple aliases, were usually identifiable by their writing styles (or varying degrees of illiteracy. :). The length of/double-spacing between paragraphs in, ATWAR's comment is a dead giveaway...

Once a lawyer, always a lawyer

>> I desperately seek the motive, like all of you. But I think it may die with Charlie. <<

You dun herd it rite here !

Eyez so glad dey allowed folk like me to join dat dere atwa thing.
-------------------------------
You'd be surprised how many people would read and possibly be interested in your opinion if you learned how to write. I got to somewhere around the 3rd of what maybe looked like a sentence, then decided it wasn't worth my time.