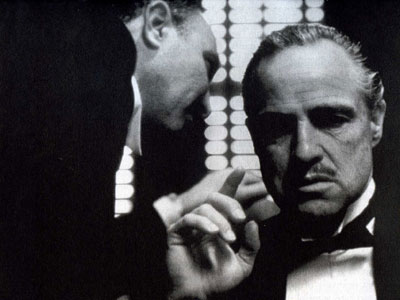 We have to examine this not as flower kids gone wrong, a commune, or a  one time occurrence.  It's a fucking gang executing gang justice.
Posted by ColScott at 8:01 AM

damn, did it again. sorry.
Nice piece Col, I always thought it was worthwhile to look at TLB through different lenses and the gang/tribal lens is a most valuable one. Charlie et all may have been free love renegades while they were fucking their way through Cal on the bus, but once they started weaponizing they were the Crips and Jets and such.

And man oh man happy day with a sighting of one of my all-time favorite posters - brownrice.

I guess many of the old time posters are still around - in my case I've just not got a lot to say these days. Strategy I might recommend to some posters: if you don't really have anything to say, then don't say it.

I too have a lot of respect for Brown Rice, not least for his/her free thinking.

Dunno what's happening with the Col though, he's been so nice recently, so reasonable, almost polite ...

... until Wheat showed up and the old Col revealed himself.

Make of that what you will ...

New people and fresh ideas is what is needed, instead of the same old arguments that go nowhere quick.
For some, these boards are a social hour, for others me it is a quest for the truth

The two Hendrickson films and his book DEATH TO PIGS are virtually the only places where you get the words right from the horses mouths.

While I am on record as having missed your posts, Frank, I always seem to take umbrage at what you say. Why is that I wonder. But exactly who is to decide if someone has something to say. Are you applying for the job? Sometimes people, like myself, post a thought or greeting just out of friendliness to other posters. Would you disallow that? I often have felt that you wished that anyone without your PHD-level TLB knowledge would be banned from the blogs.

Doesn't matter. But I do agree the Col has been strangely pleasant of late. Tis an interesting turn. Maybe he is just getting more bran.

a quest for truth, Couyon, that is 42 years old and been beaten to death. Seems to me there has to be room for a bit of social banter and abstract thinking, such as the Col comparing the Manson and Corleone families. It's what keeps things lively and friendly.

Leary to paraphrase Blazing Saddles, you use your tongue purdier than a twenty dollar whore!

as a matter of fact, Matt, though I am a bit reluctant to mention this for obvious reasons, the girls at the Hole In The Wall in Austin voted me best tongue six years running back in the days. I have that on my resume.
I say, I say.

Email me Leary. I think my address that I use for you is outdated.

For the record it has NOTHING to do with your tongue!

Spot on, Col. I second that emotion.

They were a crime family, supporting themselves through illegal means. Which leads to enemies, competition, violence.

Throw in promiscuous white girls, the revolutionary 60's and a little guy like Charlie Manson who lights up when a camera goes on and talks enough entertaining gibberish that we.....

All keep coming back!

Yup. Organized crime. It shouldn't be this surprising. It really comes down to Charlie wanting free sex and having no inhibitions. (sorry for the language).

Wouldn't that be "disorganized crime"?

I realize the age of this post but this is such a good description of the so called Manson cult I had to thank the colonel. I never bought the cult angle. I believe Charlie from an interview were the da says ok were going play a game whether you want play or not so he deals cards I got 9 murder cards few other cards I can't recall and one hippie cult leader card so I don't know what a hippie cult leader is I ask around and I'm not a hippie cult leader but I got the card dealt my hand so I'm known as hippie cult leader. Best interview in my opinion. And I laughed at his description but totally believe he was saying truth when he was confused about how he was a hippie cult leader.Correct he was an older member of a group of crooks and realized the youngsters respected him and consider him a leader of sorts.the closest he got to any cult like stuff is I'm positive he loved fucking with there minds on LSD. It's pretty impressive what you can get people to believe when there tripping. Example I saw a girl that would orgasm because she was told her man could get her to orgasm just by telling her to. And she did repeatedly for hours. So ya an older con could absolutely manipulate a younger person in many ways. I think Charlie definatly used drugs to manipulate but more for sex or just fucking with people. Good acid is a helluva drug. So yes spot on a ranch were a bunch of crooks scamming for a living undoubtedly probably listened to the hardened crimanals but this was a crime gang with little chain of command and Charlie been fucking with people his whole life used his status and drugs for control. I doubt any of them thought he was Christ but it's real easy to think someone with the look could be Christ while high on real acid. And the acid kicking around LA in 69 was real deal. You rarely see acid like that truly hallucinogenic and blow your mind for 16 hours. These days you get a giggle and maybe a speedy buzz. I'm not trying say back in the day. But in the 60s thru the 80s lsd was generally a unexplainable high that you rarely see today. It was really to much but my god what a buzz.if it started negative it easily stayed a bad experience for the whole trip.The potency can not be found today I'm going to ahead and say I'm positive
These guys were on acid that isn't even remotely like the stuff today.one hit would blow your mind. Really it was to powerful that's why they were space cadets that shit changed who you were