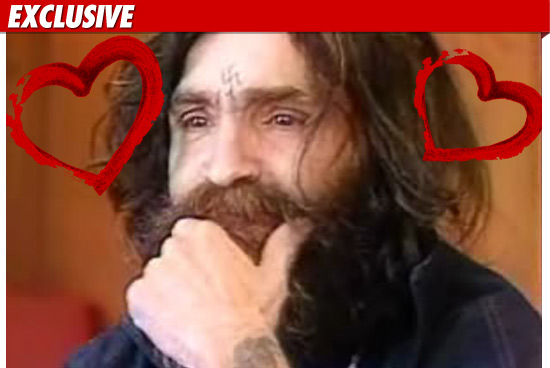 Officials wouldn't reveal the woman's name -- but we're guessing she probably wasn't Jewish ...
Posted by ColScott at 8:59 AM

I get it...BECAUSE HE HAS A SWASTIKA CARVED INTO HIS FOREHEAD HAHAHAHAHAHAHA!

Same nice lady who visits him EVERY weekend and supports ATWA.

Nothing on the attorney who is filing to gain Charles a new trial for excessive human rights violations?