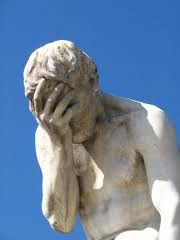 The parole hearing occurred last Monday (Dec 13), as scheduled. It was an energy sapping experience. In the several days since then I have put my focus on restoring my energy levels and marshalling my thoughts for what I would say to you now. Keeping all of you in suspense was not my intent. I just needed to catch my breath, so to speak.

On the face of it the hearing did not go well at all. The best place to begin describing what happened is with a brief recap of my last hearing two years ago, because what happened this week was a carryover from that hearing.

The presiding parole board commissioner in the 2008 hearing was an unwavering adherent to the most grotesque pop culture rendition of the Manson mythology, who avowed to being “personally offended” by some of the rhetoric Manson has been described as espousing back in the sixties. I dislike making judgments of other people every bit as much as I dislike having judgments, misjudgments or prejudgments, applied to me. So I will confine this account to a characterization: Imagine a man with his fingers in his ears, blinders on his eyes, and his mouth moving unceasingly with fatuous refusal to brook any point of view but his own. There is just no breaking through such a density of egoism. To have one’s personal situation be at the mercy of that sort of willful ignorance is no easy thing to accept.

The 2008 hearing resulted in a five-year denial of parole. The hearing commissioner was determined to apply a new law that tripled the parole denial periods allowed under California law beyond what they had been, even though the new law had not yet been enacted. A few months later I learned that I had become the beneficiary of a class action lawsuit that I didn’t even know had been filed, challenging the premature application of the new law. The five-year denial in my 2008 hearing was modified to a two-year denial.

Attorney Steven Moretz volunteered, on a friendship basis, to represent me in the 2010 hearing. He is a good man, and a competent lawyer, and I was moved to accept his offer.

I was encouraged to make an all-out effort in preparation for this hearing. Steve spent uncounted hours researching the records and meticulously preparing a presentation for the hearing that included an accounting of all of my skills, accomplishments, community resources and support. Numerous letters (close to fifty) were received from my relations, friends, media industry professionals, and Oregon DOC administrators who have worked with me for many years – collectively making a powerful statement – and these were compiled into an impressive packet of supporting exhibits. I wrote myself notes for points that I wanted to raise during the hearing, and prepared a closing statement expressing my acceptance of responsibility for the choices I made and the actions I committed that exacted such a heavy price.

Last Monday morning my hearing was delayed about 40 minutes because the commissioner who had been scheduled to conduct the hearing – a fair man, reputedly – was replaced, literally at the last minute, by the same commissioner who had chaired the 2008 hearing. Again the fingers in the ears, the blinders the fatuous mouthings of unctuous gibberish. Frequently during the hearing, relevant remarks I attempted to offer were suppressed. Again, as in the 2008 hearing, I was not permitted to make the closing statement I had prepared. And at the end, with dogmatic references to crimes I was not and could not have been in any way involved in, the commissioner re-invoked that once-thwarted five year denial.

Although I made a commitment to put my best effort forward for this hearing, I did so without expectations, without hope, without fear. Consequently, my spirit is not crushed by the outcome. I am experiencing some disappointment, however. For many years I have held the belief that at some point the determination of circumstances would come into an arena where saner, more reasonable minds would prevail. At this point I’m wondering if holding onto such a belief is naïve.

My lawyer went at his preparations for the hearing, and the hearing itself, with an eye to taking the matter on appeal to the courts in the event I was not granted parole this time. I’m not an attorney, but it seems to me that the violations of due process in this hearing were so egregious that the record will easily support an effective writ. Taking something like this into court and following through carries significant expense, however, beyond what I can manage with the resources I currently have available to me. If anyone has any ideas about how I can earn some cash to pursue this relief, I’m open to suggestions.

My partner Barbara has told me many times, for years and years, that she believes I will not see the outside of a prison until I finish writing my book, and publish it, as a way of distinguishing myself from the popular mythology relating to that guy whose name we don’t need to mention again. This presents a problem for me on multiple levels. As much as I would love to do the one thing that would likely please my beloved Barbara the most, the notion of subordinating the creative process to the purpose of manipulating opinion to make conditions more favorable for my release on parole rubs my fur the wrong way. Right now, though, I’m thinking that I need to stop struggling to get clear on my motives to write my book, and just write the damn thing.

So this is how things stand at present. Like all things in this world, appearances are subject to change without notice.

I am grateful beyond words for the rich outpouring of love and support, positive energy and good thoughts that came my way in recent months. Truly, this is the real hearing for me, all the endorsement I could ever need. Please don’t feel badly about the outcome of the hearing. The fat lady ain’t sung yet. And anyway, I am not my body, and my freedom is not subject to the conditions that my body must undergo. This is true for all of us.

With peace and best wishes for the holidays.

Shut up and write the damn book then!

So that explains why he got another hearing so fast... I couldn't figure it out, and nobody seemed to have an answer...

Well- there ya go- Bobby provides some answers...

Really- I don't pity his situation- but it is a total sham what he goes through regarding parole...

I have said here before that He shouldn't bitch if he doesn't get out because he put himself there..

But- If it is going to be this transparently bogus- why even have the hearings??? That does seem to be a bit harsh- if your not going to let them out fine with me- But if nothing else have some mercy on his loved ones ( who did nothing) by not letting people get there hopes up periodically for naught..